It would seem that 2009 was a good year in musical matters because the members of the group  UNDERGROUND COSMIC DIDGS met for the first time in a Parisian association of world music players… not bad at all !

Julien H and Adrien B have been passionate about the didgeridoo for years as well as the sustained rhythms they play, when you listen to their musical universe from their latest sympatically titled EP:   » INTERZONE « … and which, I think, is superb !

Personally, I knew Julien H before because he had come to make my debut with me by taking lessons for a while. Thank you for his trust and confidence !

And since he spent hours playing the didge, because years later, I saw Julien H and Adrien B evolve in an impressive way… and I admit that, to see this duo of Parisian didgeridoo players raise crowds , it’s really nice to see !!!

But without further ado, here are their answers to a few questions to better discover and appreciate their album « INTERZONE » :

UCDidgs : Ahh great question! Explaining the name actually amounts to explaining the beginning of our musical adventure. Our first meetings were made within the Vent du Rêve association in Paris. We met there for a few years and we, each on our side, experienced metro musician. Then, we organized regular “Subway” sessions together, and it was underground that we developed the listening of our respective and complementary games, Adrien more turned to writing and rhythm and Julien on improv and groove.

After 2 years of freestyle in the metro, when the event   DIDG to DIDG  organized the first didg duo battles. So we applied and started to compose. And there, we had to find a name. First of all, « Underground« , the reference to the metro, seemed natural to us. Then « Cosmic » because our application video was recorded at the « The Alice’s garden » which had an impressive decoration of stars. The two antonyms matched well together to represent our approach to the instrument.

We were well aware that Underground Cosmic Didgs was long is difficult to remember. But as it was basically for the delirium of the battle, that suited us well.

In the end, we won so we had to keep this blase a little out of the ordinary ! The tile !

And the name is visibly complicated on the programmers side too, here are our wrong names seen on posters like :

Finally, Adèle B pointed out to us that U.C. Didgs was pronounced like « you see didge » in English. We kept the idea in pseudo-practical mode !

UCDidgs : We therefore met via the association Vent du Rêve probably in 2009. The meeting and musical fusion arrived in the metro and catalyzed thanks to the victory at the Didg to Didg event and all the dynamics and enthusiasm which followed.

UCDidgs : In fact, following our victory at Didg To Didg everything went very quickly because the winner won a 30 min slot on the big stage of « The Aboriginal Dream festival« . Wow ! So, we had to roll up our sleeves to create and compose in 2 months a set that sends the chip as we say at the lumberjacks ! This is a mythical scene in the history of the didg. A good boost of motivation and pressure at the same time.

At this concert, we lived a great moment which we especially became aware of when coming down from the stage. The feedback from all was glowing, the friends, the didg family, the organizers. And the public asked to buy the album that did not exist. We hadn’t even thought of projecting ourselves on a CD project. Suddenly, it boosted us to look at the composition again and record the 1st album.

UCDidgs : 1st rehearsal and composition in March 2015, victory at Didg To Didg in May, The « Rêve de l’Aborigène » in July, recording of the album in January and release in May 2016. A good year therefore. We then worked on the scenic project and we recorded the new EP in 2019.

Adrien B : I will be curious to know if the listeners see a message and which one. Tell us in the comments ! For me, it is above all an atmosphere and a dynamic that stand out. There is also the desire to push the didgeridoo from a technical perspective while making it musically « accessible » to the uninitiated by integrating other colors with the harmonica and the harp. In concert, we seek a dance atmosphere, with an almost electro side, without forgetting winks to the other facets of the instrument. And then there is a performance approach on stage with GOTHAM, dancer from Krump, who accompanies us regularly. Visually and in interaction with spectators, it brings a lot.

Otherwise, more concretely, we also pass on the messages around the instrument during musical conferences that we organize in media libraries, etc. This format is well suited to discussions.

Julien H : I would add the invitation to travel, I like the idea of music that makes both the audience and the artists travel in the same energy. The goal for us is for people to have a good time having fun and forgetting everything else.

Adrien B : on the new album, I will say « Ignition« . I like the raw and dancing energy dynamic that comes out of it. The gradual rise from the beginning with the rhythms of the 2 didgeridoos which overlap to form more than one. When we play this song on stage, it marks a turn in the set.

Julien H : Same for me, I love « Ignition » and I take great pleasure in playing this song on stage. Special mention also for « Back to the future » which is in a way a tribute to the slightly more traditional didgeridoo. In composing this song, I was very inspired by the artists I listened to repeatedly when I started, like Alan Dargin or Marc Atkins. It is here that I must officially thank you dear Didjaman because it is you who made me discover all these artists while I was taking lessons with you over twelve years ago !!!

UCDidgs : With regard to our respective temperaments, we have to play together « live » to compose and appropriate the pieces. It takes time and yet we are constrained by it. It is not simple and it forces us to be effective.

UCDidgs : The most beautiful memory is undoubtedly last year’s concert at “Rêve de l’aborigène” in 2019. The atmosphere on Saturday evening was crazy, we felt the energy rise over the concert, that of the public, of the place, ours. Our friend and dancer GOTHAM was on fire ! And our loved ones were present… Great ! In addition, we had planned to film the moment, so we were able to create a bunch of souvenir videos for the occasion which are visible on our Youtube channel.

We also keep a magical memory of the concert given at the festival of the East of France « ETE NOMADE », in the town of Géraudot near Troyes, during which we were caught in a storm. Before we even started, we could see the storm thundering on the horizon. We hurried to set up to swing a maximum of pieces before the arrival of the big weather. After ten minutes of concert, the wind to start to blow, the rain to fall. And there, instead of intimidating us, it galvanized us all! The organizers covered us with an arbor beat by the winds, the festival-goers approached very close to us and started to dance in the rain and the lightnings and we continued to play like crazy. At the end of each song, we asked the audience if we should continue. Stop or again ? AGAIN ! It was an incredible energy in communion with nature! After which, it was the sound gear that started to take over and we had to stop. But we talked about it a long time after this moment !

Big up at « Eté nomade festival » and their great team !

Julien H : my worst memory was the start of a concert given in the evening near a body of water where, amazingly, I swallowed a mosquito just after the first song while I was speaking to introduce ourselves. The mosquito got stuck in my throat for 3 pieces. I struggled to stay the course, my mind was fixed on this damn mosquito that tickled my glottis at the slightest cry that I threw in the didg. I could have imagined everything except that ! By the fourth song, nothing left, the mosquito was gone. I was saved. And our concert too. I have nothing against mosquitoes but it was particularly teasing.

Adrien B : I also had the right to a mosquito this evening but he left much faster than Julien ! Phew ! My worst memory was when we recorded our last EP. I got sick the day before recording. A big rum with a sore nose, stiffness and a headache. Our songs require energy and I was knocked out. And play the didg with a stuffy nose… not easy isn’t it ? I got through it somehow with a cocktail of grandma’s meds and remedies. Thank you the peppermint essential oil discovered thanks to Jérémy NATTAGH with whom we recorded in his Cosmic Sound Studio !  So, disappointed not to have been able to give the best of myself and to live serenely the moment. But, happy with the result, unexpected before starting.

Adrien B : « Good listening to all and thank you very much for your support, your messages which encourage us to continue the adventure ! »

This meeting and their collaborations are very beautiful I think… they are up to their open-mindedness. They are beautiful, young and ambitious… and I wish them nothing to let go because the time has come for them to stand out with their 2 albums that listen to each other and that make you want to move constantly… well done UNDERGROUND COSMIC DIDGS !!!

A talented, organized, humble and very professional group… this is what any organizer of large-scale events dreams of. So gentlemen the festival organizers… if you are looking for artists full of beautiful energy to set your stage on fire, I sincerely think that UCDidgs will very quickly become one of the must-sees of the didgeridoo world !!! 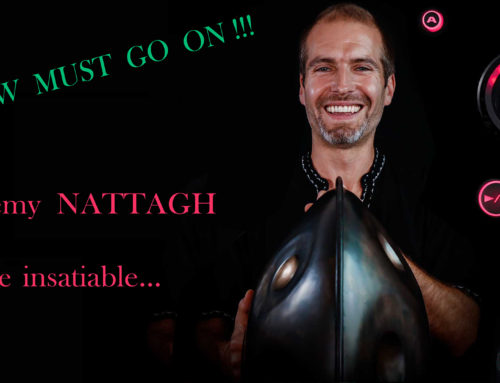 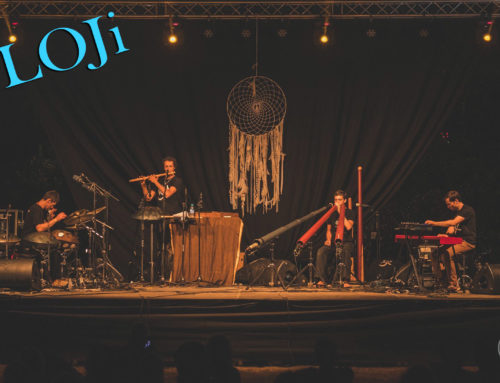 OLOJi… when respect is an endless travel ! Galerie

OLOJi… when respect is an endless travel ! 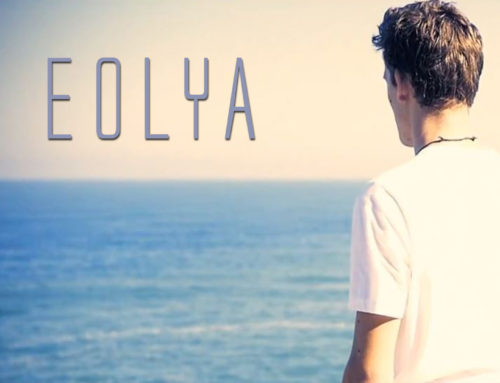 EOLYA : « When music tears you from the ocean… » Galerie

EOLYA : « When music tears you from the ocean… »

CIRCULAR BREATHING seen by the giants of music… Galerie

CIRCULAR BREATHING seen by the giants of music… 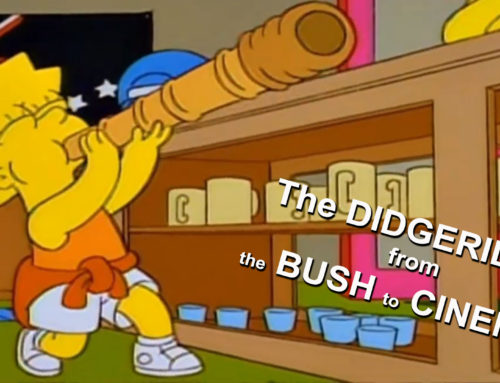 The DIDGERIDOO… from the BUSH to CINEMA ! Galerie

The DIDGERIDOO… from the BUSH to CINEMA !