Can the Didgeridoo take us back in time? 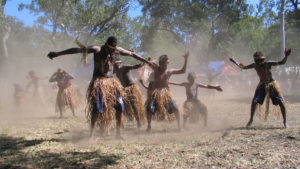 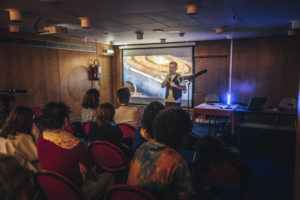 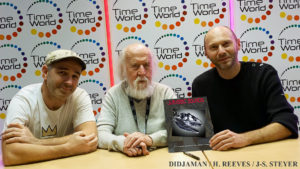 Since the dawn of time homo sapiens uses the voice as an instrument of expression and communication. Thanks to the mechanics of the breath, the sound is triggered mainly by the diaphragm which expels the air from the lungs to vibrate the vocal cords… This use of the breath will also serve to the man to play musical instruments such as the Didgeridoo in Australia, by Aboriginal peoples for over 20,000 years.

Today, this magnificent instrument has revealed to us virtues still unknown until now: the multiple cures of sleep apnea, relaxation and other addictions such as smoking cessation through the practice of play and surrender in question.

The conference starts with a nice demonstration of Didgeridoo that will immerse you in a totally magical world between the past and the future! Followed by a historical explanation on the creation, the approach and the evolution of the didgeridoo until today… with notably the discovery of the Circular Breathing !

Since 1995, Raphael Didjaman works between Australia and France with his aboriginal friends to cut his didgeridoos in the Australian Bush. With all the simplicity that we know him, he became a player and a luthier didgeridoo emeritus.

Today, he shares his pioneering European experience and his vision of didgeridoo in conferences. His unlimited investment will distinguish him from the CNRS and the MUSEUM of PARIS, with the realization of a musical album ” JURASSIC SOUNDS ” that he will develop with the famous scientist HUBERT REEVES and the paleontologist JEAN-SEBASTIEN STEYER.